Unusually cold temperatures are in the forecast this week, especially late in the week and into the weekend. Temperatures at night could be as low as -5oC according to Environment Canada, although other forecasts range from lows of -1 to -3oC. It is unclear how much wind there may be on those nights. A breeze would prevent the typical temperature inversion on frosty nights, which would keep ground temperatures from getting even colder than the air temperature. However, a long period of cold along with wind would allow the cold to penetrate deeper into the straw, which would be a problem if the air temperature is well below freezing for an extended period.

When looking at weather forecasts for cold nights, the dewpoint can be as important as the temperature in determining the potential for damage. The dewpoint will be more relevant on calm nights than if there is wind. The dewpoint is the temperature to which an airmass would have to cool for water to condense. On a calm night, the ground often drops to the dewpoint and allows dew or frost to form. On May 23, 2015 the dewpoint in the afternoon before a severe freeze was as low as -12oC, which allowed ground temperatures to get much lower than the air temperature. At that time, it was very dry in the area, and that allowed the temperature to plummet at night. Plants were much more advanced at that time, so major damage occurred. Higher moisture this time around may help, depending on any precipitation that develops later in the week.

Plants in 2s and older gardens are beginning to emerge through the straw. Cool temperatures this week will keep additional progress slow. As the tops develop, they become more and more sensitive to cold temperatures, ultimately being sensitive to around -2oC when fully emerged and unfolding. At the current stage they would be more tolerant of freezing temperatures, but it is unclear how sensitive they will be. Any seedlings that happen to be above the straw would likely be killed by anything below freezing, although most have yet to emerge.

Although the potential for freeze injury to the plants is unclear and will depend on how cold it actually gets, the prolonged period of cold in the forecast will likely cause cold temperature injury to the developing tops (Figure 1). Tops affected by prolonged cold will often be stunted with distorted leaves, resulting in an uneven plant canopy and more difficulty getting good coverage with fungicides. It is unclear if there are any direct impacts of this distortion on root growth. 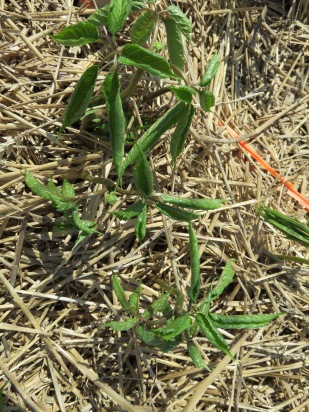 Figure 1. Cold temperature injury to developing tops as a result of a single day in mid-May 2016 with a high temperature of 7oC and a low temperature of 2oC. Plants were more advanced at the time of that injury.

At this time the focus for growers should be to get shade cloth pulled over the gardens, because that will provide some protection from frost. If that has been completed before the cold period, then putting frost cloth over the plants could be an option. However, there are a few things to consider first:

After the cold period is over, it will be important to protect all gardens with fungicides. Damaged tissue is more susceptible to Alternaria and Botrytis, especially if temperatures get into the 20s soon after the damage along with some humidity. Alternaria will be the biggest risk if plants just have distortions from cold temperatures, while Botrytis is more of risk if there is physical damage from freeze or from row covers flopping in the wind. It is best to protect against both diseases.