This past winter has resulted in significant damage to most lavender cultivars of both Lavandula angustifolia and Lavandula x intermedia (lavandins). Even plants that had row cover on them had damage. The damage to the top of plants is most likely due to the bitter cold and winds at the end of January. It appears the wind went right through the row covers and also would have blown any snow cover off of the top of plants. This resulted in dead patches that face the prevailing north or northwest winds (Figure 1). 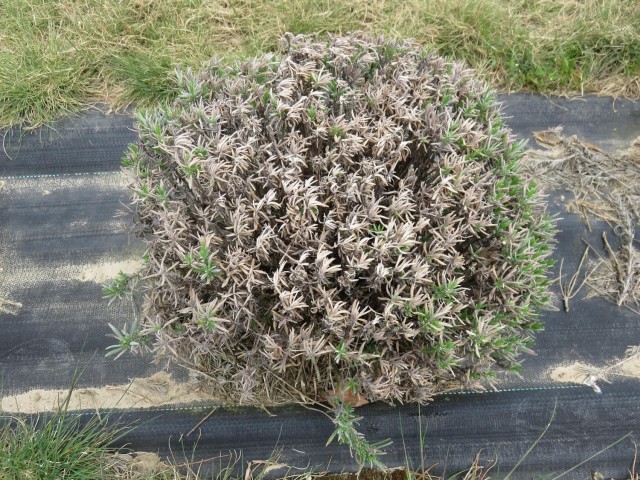 Figure 1. Plants with a dead patch at the top because of cold winter winds going right through a row cover lying on the top of the plants.

Winter temperatures on their own do not explain the major damage that growers experienced to uncovered angustifolia cultivars. Even the hardiest known cultivar ‘Folgate’ had major damage (Figure 2), which did not occur even in the coldest winters we have experienced previously. Something else must have damaged the plants or made them more susceptible to winter damage. 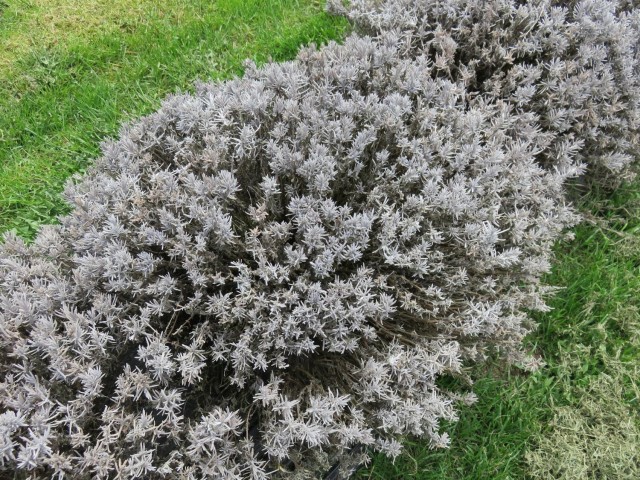 Examining the weather for the past 8 months or so, it appears there is only one weather factor that was different this year than most years and that is the amount and frequency of rain events in the fall and early winter. The soil was consistently saturated for an extended period and the foliage within the plants would have been wet for most of the fall. Precipitation was recorded on over 75% of days between late September and early December, although on most days it was just a small amount of precipitation. This constant wet could have had several effects on the plants. First, the saturated soil could have killed off some of the roots, resulting in less uptake of moisture in the early winter when the soil was still not frozen. This could result in more damage from dry winter winds. However, the damage occurred even on sandy soils with good drainage, which makes this possible cause less likely. Second, the constant moisture could have resulted in fungal/mould growth on roots and branches, which could have directly damaged the plants. Third, excess moisture during the early fall when plants are still growing could have resulted in more succulent growth, which is more prone to winter damage.

Regardless of the cause of the damage, now growers have to determine what do with the damaged plants. Depending on the type and amount of damage and the type of lavender you are dealing with, plants may need to be lightly pruned, pruned close to the ground or replaced entirely.

Lavandula angustifolia cultivars are usually very resilient in coming back from winter damage. Even if the majority of the tops of the plant are dead, they usually sprout new growth from the base of the plant. It is unlikely that these would have to be replaced unless the plants were very young going into the winter. Angustifolia plants with patchy damage (Figure 1) would be fine left alone to recover from the damage but would have weak new growth coming through the damaged tissue. This is because little light can get into the base of the plants where the new growth is emerging. A light pruning to remove the dead tissue would result in sturdier new growth and may help the plants recover faster from this damage. While some bloom potential will have been lost, plants with this amount of damage would still have a fairly full bloom this year.

Angustifolia plants with more significant damage, such as no visible green material on the outside of the plant or just a few branches still green, should probably be pruned significantly. At this time of year, you should see new green shoots growing at the base of these plants. Pruning the plants right down to this new growth would bring much more light to these new shoots and result in a much healthier plant (Figure 3). These new shoots will still bloom, but bloom will be slightly delayed and different shoots may bloom at different times. This may make harvest timing more difficult. 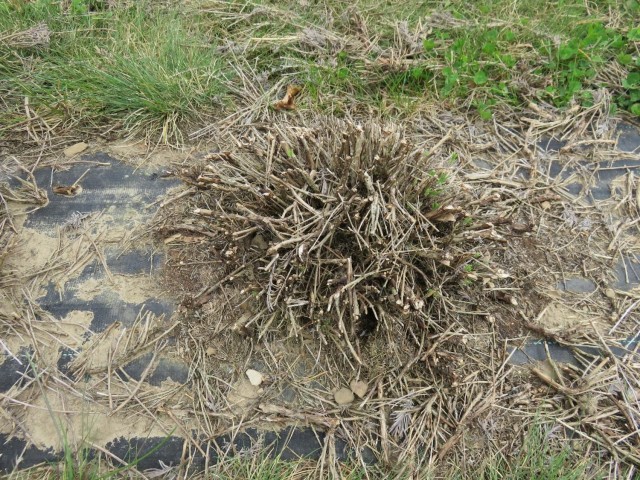 Figure 3. Hard pruning of a Lavandula angustifolia cultivar to bring new light to the new growth coming from the base.

Lavandin cultivars are much less resilient after winter damage. As with angustifolias, if the damage is confined to just a few branches or a patch of dead branches at the top of the plant, then pruning out this dead material can help the plant recover. The green parts of the plant will still bloom, but there will be a definite hole in the centre of the plant where it was damaged.

Often with lavandins with more severe winter damage, there will be just a few branches at the bottom of the plants next to the ground that survive (Figure 4). While this tissue will still grow this year and bloom, it is unlikely it can ever be pruned back to a rounded shape (Figure 5). This will result in a very distorted plant, and it is probably best to remove the plant and replace it. If you are unable to replant this year because it is too late to order replacements, then you can let this live growth flower so you have at least something to harvest and then remove plants after that. 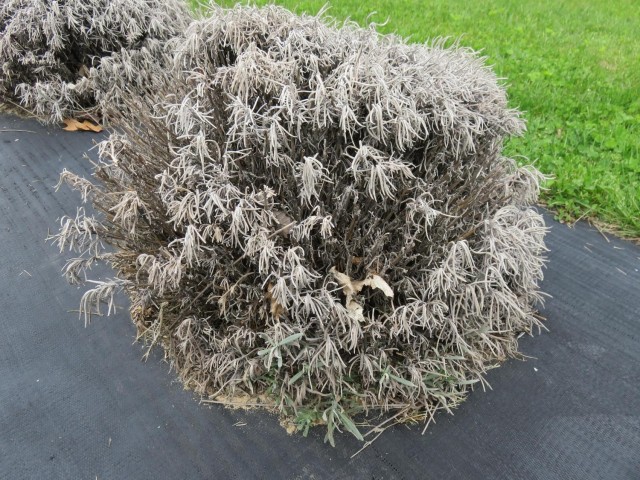 Figure 4. Lavandin cultivar with just a few green shoots near the ground. 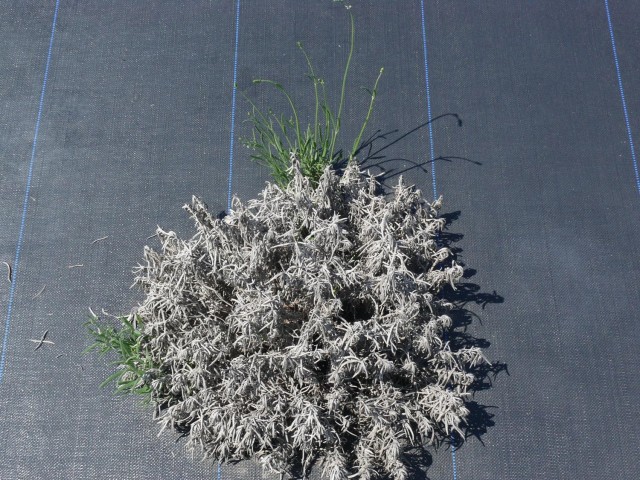 Figure 5. Regrowth of a severally damaged lavandin plant in previous years. Lavandins with this much damage can rarely be pruned back into a rounded shape.

If there is no visible green growth on a lavandin plant by now, then the whole plant is probably dead. Young lavandins will often have some new growth within the canopy, so these could just be pruned back to the new growth (Figure 6). Older lavandins will not usually come back from this damage. 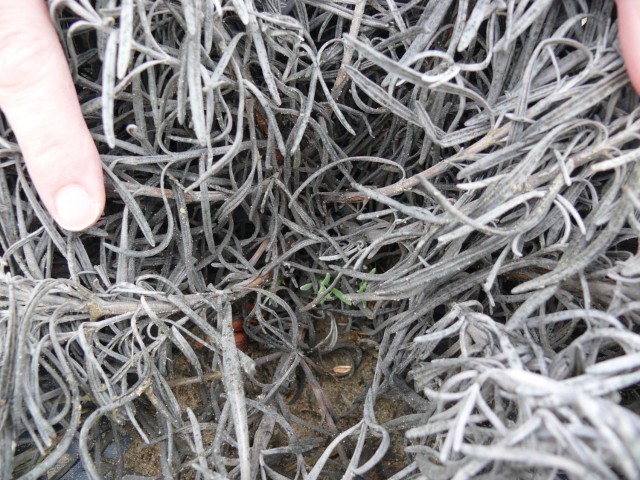 Figure 6. A young lavandin plant with new growth emerging from the base.

It now appears that the older the lavender plant is, the less hardy it is over the winter. As a result, growers with mostly older plants can have major damage across their entire farm. Given this, it may be a good idea to always have new plantings each year and replace older fields on a continual basis. Winter damage would be less likely to affect the entire farm all at once. Another option is to rejuvenate older angustifolia plants every 5 years or so by cutting them down to close to the ground in the early spring. However, it is unknown if the new growth that results from this harsh pruning is as hardy has a younger plant given that the roots and crown are still old. Some growers may be forced to do this because of the winter damage. A current research project may address some of these issues. Rejuvenation of lavandins is much more difficult. Lavandins should never be cut below green tissue or they will not recover.

While looking at the winter damage can be very depressing at this time of year, plants often recover more than growers expect by bloom time. The only exception is lavandin cultivars with no new green growth. Given the severe pruning that growers may be forced to do and the cool spring we are experiencing, expect bloom time to be later than normal this year.