Lavender essential oil is extracted using various models of steam distillers. Many lavender growers have relatively small distillers, which make maximizing oil extraction efficiency very important. Over the past two years OMAFRA and the University of Guelph have been testing various methods for getting the most oil out of your lavender.

Results in 2013 with a replicated research trial showed that it was better to keep some stem material on the lavender in the distiller than to try to remove all of the stems. When the distiller was filled with mostly flowers and less stems, the vessel became too tightly packed and less oil was extracted per weight of flowers. This was probably due to the development of channels through or around the flowers where steam by-passed the plant material and was unable to pick up the oils from the buds in the centre of dense areas of flowers.

We also showed a decline in oil quality through the run. The last few ml of oil had much lower quality than the first. As a result, it might be better to either stop the distillation when the flow of oil starts to slow down, or separate the last oil from the rest to be used in products where lower quality oil will not be a concern.

In 2014 we had much fewer flowers to work with due to winter damage and could not repeat the initial trial. We conducted a small demonstration focused on how to fill the vessel instead. This work will have to be repeated before we can make firm conclusions. Given that our previous study showed that stems are needed to keep the flowers evenly distributed in the vessel, we wondered what effect packing the vessel and the amount of flower material in the vessel have on the efficiency of oil extraction. The trial was conducted in a 40 L stainless steel distiller (Figure 1). The distiller was filled with various amounts of flowers packed in the vessel, and an additional treatment with the vessel full of flowers but unpacked. 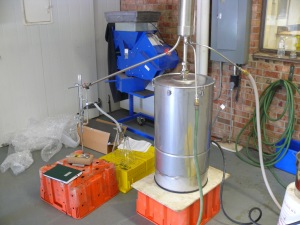 Table 1. Effect of packing and amount of flowers in the vessel on lavender essential oil extraction.

Every distiller will be different, and results may vary with other distillers. Much larger distillers may have maximum efficiency even when half full and packed because of the added depth. Based on the preliminary research so far, the following guidelines appear to maximize oil output for small distillers:

Ginseng and Medicinal Herbs Specialist, OMAFRA
View all posts by Sean Westerveld →
This entry was posted in Herbs, Lavender and tagged Lavender, Research. Bookmark the permalink.